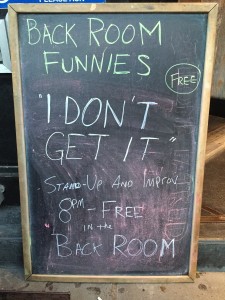 And here we go with another episode of Live At Fi,  this time an interview show with Matt Schwartzer and Gary Levitt,  the producers of HiFi’s weekly free comedy show, I Don’t Get It.  The episode digs down deep into the inner workings of the local comedy scene, and what it takes to be funny on a tough New York stage.  And as serious as these folks are about comedy, they manage to keep the talk very, very funny.

Last May, I recorded the tribute to The Lovin’ Spoonful at 2A , a really special night of musical celebration (and perhaps the sweatiest in recent memory – the AC couldn’t handle the packed house). Tom Clark mentioned that Dave Davies was in the audience but I missed spotting Dave or the chance to say hello. A day or two after the show I was going over the recording and heard this little snippet in the background – Dave’s unmistakable voice offering a little encouragement between a couple of songs. Just a snippet of sound, but a genuine, unexpected moment from a music hero. This band deserved it.

Jack is one of The Big Takeover, the world’s greatest (and thriving) rock magazine. I’ve been reading TBT for years and years so it’s a thrill to have such an emotionally charged project included in a list with some pretty impressive artists. (The Reducers are nestled in somewhere between The MC5 and The Heartbreakers).

Gosh, I fell for this band. Back in my “you-go-out-every-night-and-see-a-band” days, I, uh, pretty much went out every night to see a band. Sometimes I knew what I was getting into, sometimes I had no idea. Those nights without expectations were unsurprisingly a mixed bag. Most nights were meh, every now and then I wouldn’t last a song, but then there were those nights where you heard a band doing something special, making a connection with crowd, maybe even playing an unfamiliar brand of music.

Sea of Bees did it for me when they played HiFi on July 15, 2015. I started recording for the Live at Fi podcast just a few weeks before Sea of Bees showed up and was still working out exactly how we were going to get these bands recorded. I showed up early to set up and was happy to meet Julie Ann and the rest of the band. All friendly, all happy and ready to play. The crowd wasn’t very big, but they showed up early, clearly expecting a lot of competition for seats. These people knew something I didn’t know and when Sea of Bees started playing I figured it out – Julie Ann Bee has start power. Such a unique voice and a set of original songs with strong, singable melodies that manage to steer clear of the traps of nostalgia. I loved the set and happily purchased a vinyl copy of their latest LP, Build a Boat to the Sun. I was too dopey to get autographs but I should have.

Live at Fi – Sea of Bees on iTunes
http://apple.co/1KWMpNF

Live at Fi – Sea of Bees on Soundcloud
https://soundcloud.com/hifibar

Episode two of The Live at Fi podcast has gone live and it’s a nice to see (hear, really) the show evolving and coming into itself. This episode is essentially a document of a very interesting live experiment. Ira Robbins, one of the prime movers behind Trouser Press magazine drew up a list of favorite songs from the past few decades, handed that list over to Tom Shad (NYC musician and scenester par excellence) who hand picked singers and a band to perform the songs live at The HiFi Bar. Kind of mix tape come to life and a terrific selection of songs and singers.

I love nights like this – it’s an opportunity to hear some familiar songs performed by a crew of artists that may be unfamiliar. In other words, a great way to discover a slew of talented performers in one night, the equivalent of months of club hopping.

For the podcast we picked seven favorite performances from the evening, then Mike Stuto recorded an interview with Ira Robbins and Tom Shad in the back room at HiFi to talk about how the night came together. Interestingly, Ira wasn’t able to attend the live show, which really just ends up making his perspective even more unique.

Recording these shows is always a little daunting. I never know exactly what’s coming up next, and honestly there’s not much I can do to control the recording once the show begins.

Colin Poellot did a fine job on the live mix, and any vocals and keyboards on the recording come from the live mix, augmented by a battery microphones placed by me to capture the live sound of the stage and the room without trickery. If you weren’t there, you’ll hopefully get that “You Are There” sensation. 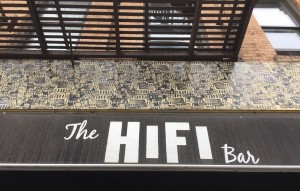 Congratulations to Mike Stuto and everyone at The  HiFi Bar!

Today’s the day the podcast we’ve been working on goes live.

Maybe that shouldn’t be a surprise since Maplewood is kind of a supergroup (with members of Nada Surf, Champale, Bambi Kino and Two Dark Birds) but I just didn’t expect to be so moved by the music and live set. It’s a great example of what we’re trying to do with the podcast – turn folks on to the great great music, comedy and spoken word events at HiFi, and ultimately encourage them to be a part of these nights in person.

RPB Creative is producing the podcast and the team has been busy recording live music, comedy and spoken word events at HiFi. All microphones carefully placed, all cables carefully coiled, and all faders gently nudged for your listening pleasure. We’re also keeping episodes bite-sized for those of you loathe to commit to another three hour download of chit-chat. Subscribe to the podcast at iTunes link below or stream over at Soundcloud.

Special thanks and kudos to the folks who’ve endured my presence while recording some of these nights – Colin Poellot, Ward White and especially the great Don Piper (who’s so good he’s getting a podcast episode dedicated to his music). And extra special thanks to the guys in Maplewood (Mark Rozzo, Steve Koester, Jude Webre and Don Piper) for allowing us to share their music.

Late October seems an odd time to reflect upon a busy summer, but the pending debut of the Live at Fi podcast makes me take a look back. I pretty much spent the summer recording music, comedy and spoken word events at The HiFi Bar and it’s finally coming together in the imminent release to the world of the Live at Fi Podcast.

For much of the 90’s through the early 00’s I lived on East 11th Street, between Avenues A and B, one of the dingier blocks in the East Village.

My apartment was tiny, cheap and not the kind of place that attracted visitors, but it was perfectly situated for my main pleasure in life – the live local music scene.

Going out at night to see music and friends was the way it was done pretty much every night of the week. There were small music venues and bars all over The East Village, but if you wanted to know what was coming next, or see the next big thing before it got big, you went to Brownies. As one of the prime movers of the venue, Mike Stuto’s excellent taste and intuition fueled the ascending careers of a who’s-who of alternative rockers – Spoon, Death Cab For Cutie, The National, Ben Fold’s Five, The New Pornographers, The Strokes, The Yeah Yeah Yeahs, Interpol – they all owe a debt to Brownies and Stuto.

In 2002, neighborhood rents were rising, bands started moving to Brooklyn and Mike Stuto pulled the plug on Brownies. A month later, Mike reinvented and reopened the venue as The HiFi Bar.

Fast forward to 2015 – Mike, along with friends and collaborators is booking music again, along with comedy,  readings and much more. Each night has its own flavor, and each night brings people back to the excitement and community that live performance breeds. So Mike Stuto is going back to what he’s always relied on, what we’ve always looked to him for – his good taste.

In June 2015 I was looking to take on a new project and was taken with the idea of podcasting, and how it was changing and influencing the traditional radio landscape. I didn’t want to create another all “talking heads” show because the internet was already overpopulated with yapping,  and then I looked at the upcoming events listings for HiFi and it clicked – music, comedy, conversation – all the things I loved and wanted to share. A few phone calls and meetings later I started recording as many HiFi events as my schedule would allow. Mike and I went through dozens of ideas for show concept and presentation. A magazine format, a variety show, a reality show… an endless stream of characters and ideas.

Simplicity won out, and each episode of Live at Fi will feature selections from a night’s performance. A night out at HiFi – a keepsake for those who were lucky enough to be there, and a lure for folks to come out and enjoy the venue in person.

Live at Fi is available for download on iTunes and streaming on Soundcloud.

I’ll fill you in on episodes as they premiere – it’s great stuff! 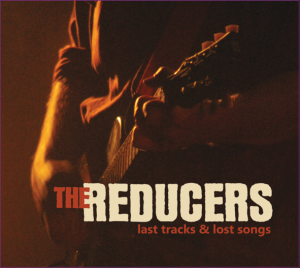 Voila, my latest production credit. This has been a bittersweet project to complete, but I’m very proud of the end result. The Reducers allowed me into their world in 1987 when they first asked me to mix a track for a compilation LP. Soon after we recorded demos in their rehearsal space, then moved on to proper studios and numerous releases. Most of the best tracks saw the light of day, but somewhere along the line songs got put aside or forgotten. Last Tracks & Lost Songs compiles previously unreleased tracks from 1988 – 2011  along with a few numbers tracks that extremely limited release.  Our last sessions in 2010 and 2011 yielded a number of promising basic tracks, but we were devastated by the news of Steve Kaika’s cancer diagnosis and his death in June 2012.  A year seemed like enough time to regroup and try to finish up the last recordings  and after a few false starts, Hugh Birdsall and Peter Detmold finished up their vocal and guitar parts. We thought about releasing those six tracks as an EP, but knew there were some winners lurking in the archives that would round out the collection. “Getaway”, sung by Steve, needed  a new harmony vocal (beautifully sung by Steve’s nephew and very talented musician Jes Farnsworth) . Back To Normal, sung by Peter required extensive tape restoration and remixing, and we lucked out with the discovery of  two tracks from a well preserved 1988 demo reel. The CD is rounded out by tracks from the “Guitars, Bass & Drums” session, all mastered directly from the 1/2″ analog mixes at Sterling Sound. Those tracks in particular sound incredibly good, but the whole thing makes me happy. Once Steve was gone we were all unsure what the next move would be. Peter, Hugh, and Tom Trombley decided that The Reducers as a live act were through, but with great songs in the can, it just made sense for The Reducers to make one last musical statement. It’s something of a jolt to realize that we’ve been recording tracks for over 25 years, and now that it’s done it fun to go back. Lots of live stuff and new discoveries will get posted to SoundCloud as the years roll on, but I’m proud to say that Last Tracks is worthy addition and grace note to The Reducers’ catalog.

Can I sell you a copy? Buy it direct at the Rave On Records Store or iTunes.