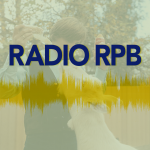 We start with a raver this week, with Come On Home by Louis (Blues Boy) Jones. It’s on the Sabra label but I first came to it on the first volume of the fantastic vinyl series called Stompin’ – collect them all!

She Loves The Way They Love Her is a demo by Rod Argent and Chris White, and the vocal is unmistakable as Rod Argent. From the fascinating Into The Afterlife CD on Big Beat.

You’ll Never Do It Baby was originally recorded (it sounds like a demo to me) by Cops and Robbers, but it appears on The Pretty Things’ 1965 LP Get The Picture LP. It’s a song  I learned from Lyres.

The Illusion from Long Island, NY scored a #32 hit in 1969 with Did You See Her Eyes. Fun fact – I don’t own the single so I recreated the single edit from the LP album track. If you want to hear the drum solo check out all 7 minutes here.

Tom Clark and The High Action Boys give us a taste of their upcoming LP. It’s one of Tom’s catchiest-ever choruses and while Tom is well known for his “blisters and smoke” guitar solos, Tom’s pal Marshall Crenshaw hits the guitar solo here. GREAT STUFF. Make sure to check out Tom’s Treehouse at 2A in NYC every Sunday night.

No Return originally appears on The Kinks’ Something Else LP, but here’s a wonderful interpretation by Bebel Gilberto. 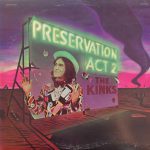 I wanted to follow up with The Kinks themselves, and chose to go deep into their catalog, to Preservation Act 2. Derided and poo-pood by many, I’m here to say I’m a big fan of Preservation and there are many gems waiting to be discovered, like this one. Ray Davies and Maryanne Price share the vocals on Nothing Lasts Forever. It moves me!

Rain Parade were at the forefront of LA’s early-80s Paisley Underground, but their records stand up well today. Honestly they stood out as superior way back then too. You Are My Friend from Explosions In The Glass Palace is tops.

From California to Ohio, from the ’80’s to the ’60’s it’s The Swordsmen singing Seems I’m Never Tired Loving You. Nice build up to a big finish. 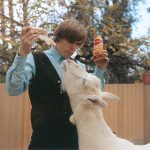 And for my big finish, I head straight to the last track on The Beach Boys Today LP from 1965. The mix is weird, the lyrics are weird, the arrangement is lush and Dennis Wilson‘s’ vocal is impassioned, but still kind of weird. I’ve never been able to wrap my head around why I love it so much, but I do. And so I share.

Join me again next week!