Set List
International Q – Small Talk
Robbie Fulks – She Must Think I Like Poetry
The Nashville Ramblers – The Trains
The Crickle – Place In Your Heart
Sagittarius – Get The Message
Sylvain Sylvain – It’s Love
Chris Stamey & Yo La Tengo – The Summer Sun
The Mighty Avengers – Blue Turns To Grey
Dr. Feelgood – Keep It Out Of Sight
Spanky & Our Gang – 1-3-5-8
The Flat Five – This Is Your Night
Sam Phillips – Taking Pictures 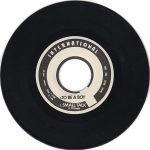 The International Q hail from New Haven Connecticut, and while it was released on a 45 I first came to this track on an 1981 LP called It Happened But Nobody Noticed, a compilation of songs by  Connecticut neer-do-wells. The compilation inspired a documentary film of the same name – watch it here.

Robbie Fulks has enjoyed tremendous recent acclaim with a series of wonderful, country/folk records on Bloodshot Records. They are great records, and I hate to add a “but” to this sentence, but I’m a fan of Robbie’s pop side, and here’s an older track that hits all the marks for me – super catchy melody and chorus, great guitar, great backup vocals, and an unusual, sardonic lyric. Fulks is hard to pin down, and his records always keep me interested. 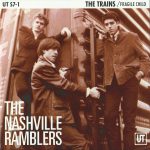 In 1985 the cassette-only ROIR label teamed up with Goldmine Magazine to issue Garage Sale, a release that fully turned me on to that aforementioned neo-garage scene of the 1980s.  This track from that compilation by The Crickle owes more to the Everly Brothers than The Standells.

Get The Message  from Gary Usher’s Sagittarius project sat unreleased for decades, but to me it’s as strong or stronger than anything on the Present Tense LP.

Sylvain Sylvain is the artist, the album is called Syl Sylvain and The Teardrops, and the song is It’s Love.

Chris Stamey and Yo La Tengo teamed up for an LP of covers that appeared as V.O.T.E when it appeared in the election year of 2004, and the album was later re-released under a different name, A Question of Temperature.  This is a relaxed, but faithful cover of Stamey’s first single The Summer Sun. Another less faithful version appears as a bonus track that ends the album. 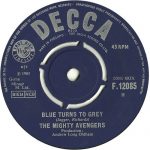 Andrew Loog Oldham produced The Mighty Avengers version of Jagger/Richards Blue Turns To Grey in 1965 and its release predates The Rolling Stones version. I like this rendition – more energetic performance with a tighter, lyrically compact chorus.

Dr. Feelgood hit the big time in 1975 with their album Down By The Jetty. The album was originally mixed and released in monophonic sound, but was a stereo mix was created for a 2006 reissue.  Keep It Out of Sight was written by guitarist Wilko Johnson, and this stereo mix highlights Wilko’s guitar performance.

Spanky and Our Gang are best know to me for their hit Someday Will Never be The Same. 1-3-5-8 is more of a music theory exercise than a record, but I like trying to sing along. 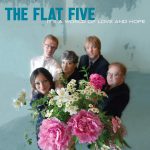 Chicago’s Flat Five are a Chicago supergroup and their most recent LP, It’s A World of Hope and Love is an unashamed throwback to the flowery pop records of the Fifth Dimension, and maybe even Spanky & Our Gang.

This is not Sam Phillips’ first appearance on Radio RPB. this is a flat out gorgeous version of Taking Pictures performed with String Quartet. The song originally appeared on her 2001 Fan Dance LP, but this version comes from a set of b-sides attached to her 2008 Don’t Do Anything release.